Unfortunatelly, our vacation is over but we spent a wonderful time with our family.We visited Bucovina, the land of painted monasteries, a historical region situated in the north-eastern side of Romania, a place where the Romanian history and tradition are mostly expressed.The landmarks of Bucovina are the outdoor painted monateries, each one with it’s own history, legends and colors.

We woke up every morning and see this landscape :

Voronet Monastery was founded in 1488 by Stephen the Great, ruling prince of Moldavia, to fulfill a pledge to Daniil, a hermit who had encouraged him to chase the Turks away from Moldavia. After defeating the Turks, Stephen erected Voronet in less than four months. Portraits of ancient Greek philosophers, such as Aristotle and Plato, are featured in the Tree of Jesus fresco. Widely known throughout Europe as “the Sistine Chapel of the East” due to its interior and exterior wall paintings, this monastery offers an abundance of frescoes featuring an intense shade of an unique blue commonly known as Voronet blue.

At five kilometers distance off the little town Gura Humorului, in the picturesque village Humor, surrounded by old trees and dewy fields, Humor Monastery is set on a hill’s top in one of the most fascinating of the Suceava count. The Church of the Humor Monastery is a famous foundation of the Middle Ages.Set in the exterior facade above the entrance, a votive inscription carved in stone teaches us the church was founded in 1530 by a Moldavian boyar named Toader Bubuiog and his whife Anastasia, under the reign of Petru Rares. In the vicinity, five hundred meters farther off, are the ruins of another church, older than the Church of Humor Monastery, those ruins belong to an ancient church which was constructed during the reign of Alexander the Kind (1400-1432).

The Moldovita Monastery is one of the old monastic establishments, with an important historical past, that for centuries has stood guard by the frontier of northern Moldavia; situated on the platform between the two creeks, Moldovita and Ciumarna, 15 km far from Vama commune, it is surrounded by the picturesque Obcinele Bucovinei mountain range.The origin of this monastery remains shrouded in the darkness of ages; tradition has it that it was in existence as early as the time of the Musat rulers, who protected it. Under the peaceful rule of Prince Alexander the Kind, the first stone church of the Monastery was built, documented around 1402-1410 with the dedication to “The Annunciation”, and known as early as that for being also a cultural center.

Sucevita Monastery is a UNESCO World Heritage Site. The exterior frescoes of the churches represent one of the most astonishing treasures of Moldavian art, which has been preserved for almost 5 centuries. They are a genuine illustrated Bible, unique of their kind in the world. The suite of images develops like a colour film including tales and legends, customs or great historical events. Deemed masterpieces of Byzantine art, the murals represent complete cycles of religious murals. The purpose of the frescoes was to make the story of the Bible and the lives of the most important Orthodox saints known to villagers through the compelling power of images. Sucevita was the last of the 22 painted monasteries of Bucovina and has the largest number of painted images.

And now photos with other places we’ve been : 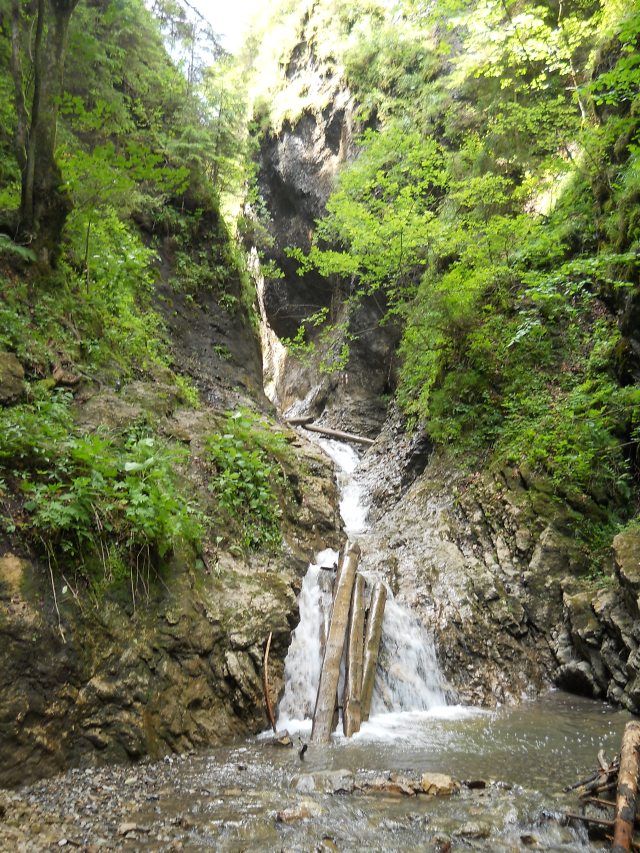 ….and in the end a photo with me and my better half. 🙂

About me ? Nothing special. If you want to find something please visit my blog.
View all posts by Cristi M. →
This entry was posted in Articles, Visited and tagged bucovina, humor, moldovita, monastery bocovina, Putna Monastery, romania, romania bucovina, sucevita, voronet. Bookmark the permalink.

24 Responses to Vacation over – blog opened.