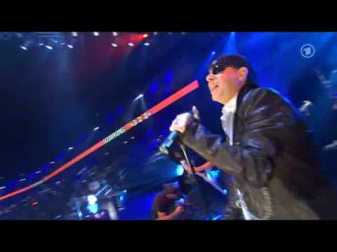 Rudolf Schenker, the band’s rhythm guitarist launched the band in 1965. At first, the band had beat influences and Schenker himself did the vocals. Things began to come together in 1970 when Schenker’s younger brother Michael and vocalist Klaus Meine joined the band. In 1972 the group recorded and released their debut album Lonesome Crow, with Lothar Heimberg on bass and Wolfgang Dziony on drums. During the Lonesome Crow tour, Scorpions opened for upcoming British band UFO. Near the end of the tour, guitarist Michael Schenker accepted an offer of lead guitar for UFO. Uli Roth, a friend of the Schenker brothers, was then called in to finish off the tour.