Scorpions – Across the Universe. 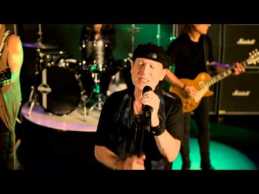 In 1974, the new line-up of Scorpions released Fly to the Rainbow. The album proved to be more successful than Lonesome Crow and songs such as “Speedy’s Coming” and the title track established the band’s sound. Achim Kirschning decided to leave after the recordings. Soon after, Jürgen Rosenthal had to leave as he was being drafted into the army. In 1976, he would join a German progressive rock band called Eloy recording three albums. He was replaced by a Belgian drummer, Rudy Lenners.
In 1975, the band released In Trance, which marked the beginning of Scorpions’ long collaboration with German producer Dieter Dierks. The album was a huge step forward for Scorpions and established their heavy metal formula. It garnered a fan base at home and abroad with cuts such as “In Trance”, “Dark Lady” and “Robot Man”.