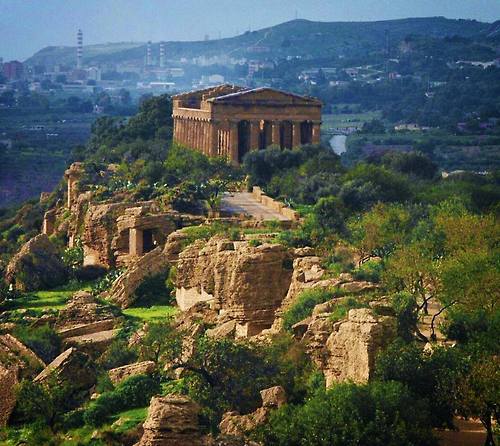 Agrigento  is a city on the southern coast of Sicily, Italy, and capital of the province of Agrigento. It is renowned as the site of the ancient Greek city of Akragas (also known as Acragas (Ἀκράγας) in Greek, Agrigentum in Latin and Kirkent or Jirjent in Arabic), one of the leading cities of Magna Graecia during the golden age of Ancient Greece with population estimates in the range 200,000 – 800,000 before 406 BC.Agrigento was founded on a plateau overlooking the sea, with two nearby rivers, the Hypsas and the Akragas, and a ridge to the north offering a degree of natural fortification. Its establishment took place around 582-580 BC and is attributed to Greek colonists from Gela, who named it Akragas.

About me ? Nothing special. If you want to find something please visit my blog.
View all posts by Cristi M. →
This entry was posted in Photos / Quotes and tagged Acragas, Agrigento, Agrigento Italy, Agrigento Sicily, Akragas, Sicily. Bookmark the permalink.