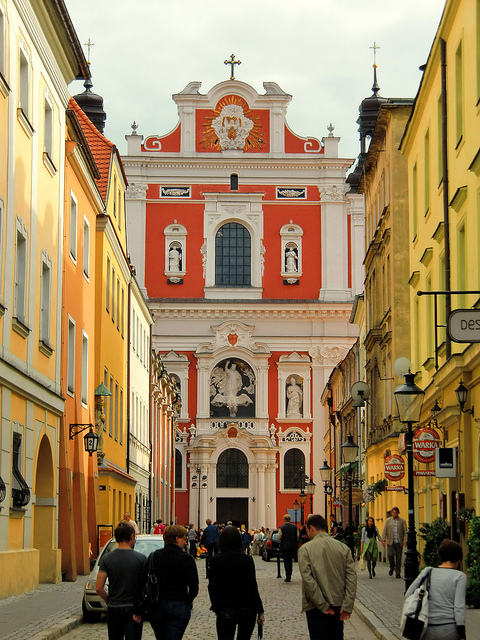 Poznań is a city on the Warta river in west-central Poland, the region called Wielkopolska (Greater Poland). The city population is about 550,000, while the continuous conurbation with Poznan County and several other communities (Oborniki, Skoki, Szamotuły and Śrem) is inhabited by almost 1.1 million people. The Larger Poznań Metropolitan Area (PMA) is inhabited by 1.3-1.4 million people and extends to such satellite towns as Nowy Tomyśl, Gniezno and Wrzesnia,making it the fourth largest metropolitan area in Poland.Poznań is among the oldest cities in Poland and was one of the most important centers in the early Polish state in the tenth and eleventh centuries. The first center city was Ostrów Tumski, the natural island on the Warta river-very similar to the Île de la Cité in Paris. The first rulers were buried in Poznań’s cathedral on the island. It also served as the capital for a short time in the 13th century, hence the official name: The capital city of Poznan.

About me ? Nothing special. If you want to find something please visit my blog.
View all posts by Cristi M. →
This entry was posted in Photos / Quotes and tagged poland, Poznan, Poznan County, Poznan Poland, Wielkopolska. Bookmark the permalink.