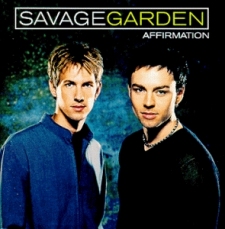 In 1993, multi-instrumentalist and producer Daniel Jones placed an advertisement in Brisbane newspaper Time Off seeking a vocalist for his five-piece covers band Red Edge which he had formed with his brothers. Darren Hayes, who was studying at university, was the only respondent and joined after his first audition. Red Edge played venues along theGold Coast pub and club circuit, while Hayes and Jones started to write original material. In June 1994, Hayes and Jones left Red Edge to pursue a career together originally as Crush. The new duo was renamed Savage Garden after a phrase from The Vampire Chronicles by Anne Rice, “Beauty was a Savage Garden”.