Savage Garden – Fire Inside The Man. 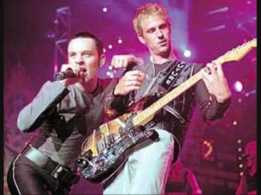 Daniel Jones is a musician, songwriter, and record producer. He is best known for his part in the hugely popular Australian pop duo Savage Garden, whose international hit singles included the songs “I Want You”, “To the Moon and Back”, “Truly Madly Deeply”, “I Knew I Loved You”, and “Crash and Burn”. Since Savage Garden, Jones has launched his own production companyMeridien Musik and recording studio Level 7 Studios and now works with various new, young Australian artists.Daniel was born at Southend-on-Sea in Britain, but his family moved to Australia when he was less than a year old. The Jones family settled down in Australia at Brisbane in Queensland, where Daniel grew up as the youngest of three boys.Daniel’s most used nicknames are Dan, Waggin, Danny, Jonesy, and Caniel. His mother gave him the nickname Caniel after a misspelling in a school paper after Daniel scored a goal in a game of football (soccer). Even as a child, music was a big part of Daniel’s life, with his brothers, Oliver Jones and Jonathan Lee Jones, also possessing musical talents of their own. Jonathan is also an actor and acted in Stakeout, a Tropfest finalist film 2010, and the feature films the 5th Shadow and Short Beach. He has also worked on Australian TV – Fat Pizza, The Myles Barlow Review, The Suspects and on USA TV – Deadly Women, Behind Mansion Walls (Discovery Channel).