Savage Garden – I Want You. 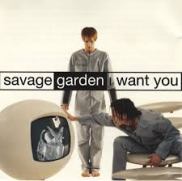 Hayes moved to New York City to promote Savage Garden internationally while Daniel Jones stayed in Brisbane. The move proved to be successful with “Truly Madly Deeply” going to the top of the American charts in 1998. The Savage Garden album sold seven million copies in the US on the back of this success.
In New York City, Hayes wrote Affirmation. He had recently divorced his wife of several years. Parts of the album reflected the pain from the end of the relationship. Affirmation was released in 1999 and proved to be another hit, with lead single “I Knew I Loved You” going to number one in the United States, and the album selling six million copies worldwide by the end of 2000. The pair played the title track of the album at the closing ceremony of the 2000 Sydney Olympics.