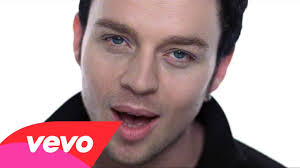 In 2005, Hayes recorded a track he wrote with Robert Conley called “So Beautiful”, which is included on the Savage Garden greatest hits compilation Truly Madly Completely: The Best of Savage Garden. The compilation also includes a second track by Hayes called “California”. Both of these tracks harken back to Hayes’ early sound, although still retaining some of the electronic flourishes from The Tension and the Spark.
On 9 July 2006, Hayes announced that he had parted ways with Columbia Records after ten years and 24 million album sales together.
The tour following this release saw Hayes play the iconic Sydney Opera House, certainly a highlight of his career to date. The performance was recorded and released on a DVD entitled A Big Night in with Darren Hayes.