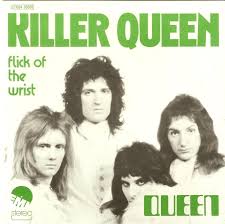 Taylor became the first member of the band to release his own solo album in 1981, titled Fun in Space.In 1982, the band released the album Hot Space, a departure from their trademark seventies sound, this time being a mixture of rock, pop rock, dance, funk, and R&B. Most of the album was recorded in Munich during the most turbulent period in the band’s history, and Taylor and May lamented the new sound, with both being very critical of the influence Mercury’s personal manager Paul Prenter had on the singer. May was also scathing of Prenter, who was Mercury’s manager from the early 1980s to 1984, for being dismissive of the importance of radio stations, such as the US networks, and their vital connection between the artist and the community, and for denying them access to Mercury. The band stopped touring North America after their Hot Space Tour, as their success there had waned, although they would perform on American television for the only time during the eighth season premiere of Saturday Night Live. Queen leftElektra Records, their label in the United States, Canada, Japan, Australia, and New Zealand, and signed onto EMI/Capitol Records.