Queen – More Of That Jazz. 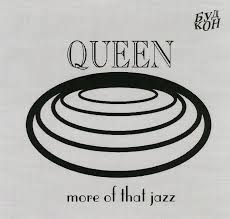 On 20 May 2009, May and Queen band mate Roger Taylor performed “We Are the Champions” live on the season finale of American Idol with winner Kris Allen and runner-up Adam Lambert providing a vocal duet. In November 2009, May appeared with Taylor on The X Factor, with Queen mentoring the contestants, then later performing “Bohemian Rhapsody”. In April 2010, May founded the “Save Me” 2010 project to work against any proposed repeal of the British fox-hunting ban, and also to promote animal rights in Britain.In February 2011 it was announced that May would tour with Kerry Ellis, playing 12 dates across the UK in May 2011On 1 March 2013 May and Ellis played a free thirty minute acoustic set at St Pancras railway station to launch Tiger Track, a three-week tiger conservation event. Their set list included Queen’s “Crazy Little Thing Called Love”.