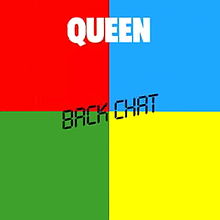 Freddie Mercury wrote 10 of the 17 songs on Queen’s Greatest Hits album: “Bohemian Rhapsody,” “Seven Seas of Rhye,” “Killer Queen,” “Somebody to Love,” “Good Old-Fashioned Lover Boy,” “We Are the Champions,” “Bicycle Race,” “Don’t Stop Me Now,” “Crazy Little Thing Called Love” and “Play the Game”.
The most notable aspect of his songwriting involved the wide range of genres that he used, which included, among other styles, rockabilly, progressive rock, heavy metal, gospeland disco. As he explained in a 1986 interview, “I hate doing the same thing again and again and again. I like to see what’s happening now in music, film and theatre and incorporate all of those things.” Compared to many popular songwriters, Mercury also tended to write musically complex material. For example, “Bohemian Rhapsody” is acyclic in structure and comprises dozens of chords.He also wrote six songs from Queen II which deal with multiple key changes and complex material. “Crazy Little Thing Called Love,” on the other hand, contains only a few chords. Despite the fact that Mercury often wrote very intricate harmonies, he also claimed that he could barely read music. He wrote most of his songs on the piano and used a wide variety of different key signatures.