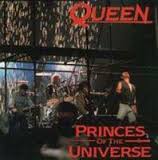 The extent to which Mercury’s death may have enhanced Queen’s popularity is not clear. In the United States, where Queen’s popularity had lagged in the 1980s, sales of Queen albums went up dramatically in 1992, the year following his death. In 1992 one American critic noted, “What cynics call the ‘dead star’ factor had come into play—Queen is in the middle of a major resurgence.” The movie Wayne’s World, which featured “Bohemian Rhapsody,” also came out in 1992. According to the Recording Industry Association of America, Queen has sold 34.5 million albums in the United States, about half of which have been sold since Mercury’s death in 1991.