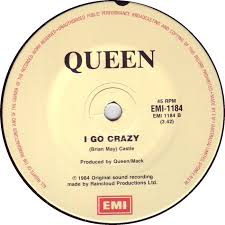 Mostly, Deacon’s compositions varied from pop rock to funk. He has been responsible for some of Queen’s biggest hits such as “You’re My Best Friend” (from A Night at the Opera), “Another One Bites the Dust” (from The Game) and “I Want to Break Free” (from The Works). He also co-wrote “Friends Will Be Friends” with Mercury and developed the chord arrangement for “The Miracle” with Mercury. Both went on theGreatest Hits II album. He also wrote two other popular songs, (“Spread Your Wings” and “Back Chat”), and created the riff for “Under Pressure”.As a bass guitarist, Deacon’s notable works include “Another One Bites the Dust”, “Father to Son”, “The Fairy Feller’s Master-Stroke”, “Liar”, “Dragon Attack”, “Brighton Rock”, “The March of the Black Queen”, “You’re My Best Friend”, “The Millionaire Waltz”, “We Are the Champions”, “Crazy Little Thing Called Love”, and “Under Pressure”. As a guitarist, he did some rhythm playing in songs like “Staying Power” (both live and in the studio) and “Back Chat”, as well as lead parts in “Another One Bites the Dust” and “Misfire” and Spanish acoustic fills in “Who Needs You”. He also played double bass, notably on May’s 1975 song “’39”. May had asked him to play upright bass as a joke but a couple of days later he found Deacon in the studio with the instrument, and he had already learned to play it.