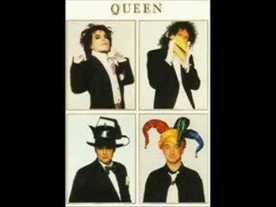 After playing live with Queen three more times – at the Freddie Mercury Tribute Concert for AIDS Awareness on 20 April 1992, in a charity concert with Roger Taylor in Midhurst on 18 October 1993, and at the opening of the Bejart Ballet in Paris on 17 January 1997, performing only “The Show Must Go On” with Elton John on lead vocals – he made the decision to retire from music, re-appearing only briefly by joining his ex-band mates in October 1997 for the recording of the final Queen song “No-One but You (Only the Good Die Young)”, included in the Queen Rocks album released a month later.
Deacon has reportedly spoken out about the May/Taylor/Robbie Williams cover of “We Are the Champions”, recorded for A Knight’s Tale. In an interview with The Sun about the collaboration he said, “It is one of the greatest songs ever written but I think they’ve ruined it … I don’t want to be nasty but let’s just say Robbie Williams is no Freddie Mercury. Freddie can never be replaced – and certainly not by him.”